My Quick Review: The Best 9-Hole Course in Ontario

For the past couple of years, I've been seeking out new-to-me golf courses to play within a couple hours of Toronto.  One thing I have learned, especially when playing these slightly under the radar golf courses, is that 9-hole golf courses have more fun, unique, quirky and interesting holes than most 18-hole golf courses.  From Allandale to Anderson Pines to Couchiching to Monck's Landing to Orchard Beach, there is plenty of quality in Ontario's 9-holers, but I think Calerin claims the title of 'Best'.

While Calerin came recommended to me by multiple people, I still approached my visit with modest expectations.  Driving past the town of Erin and through flat farmer fields, I was shocked to see rolling land from the first tee.  According to Carrick Design's website, Calerin was originally built as a sister course to Osprey Valley (Heathlands) and with the recent lack of rain the golf course played as 'linksy' as any I've ever played in the province.

The opening par-5 will be reachable in two for those golfers bold enough to play over a pair of diagonal carry bunkers, but adequate width remains for golfers looking to play more carefully on their first swing of the day.  A series of bunkers left and right of the green will complicate any miss but truthfully should not be in play for the golfer playing the hole in three shots. 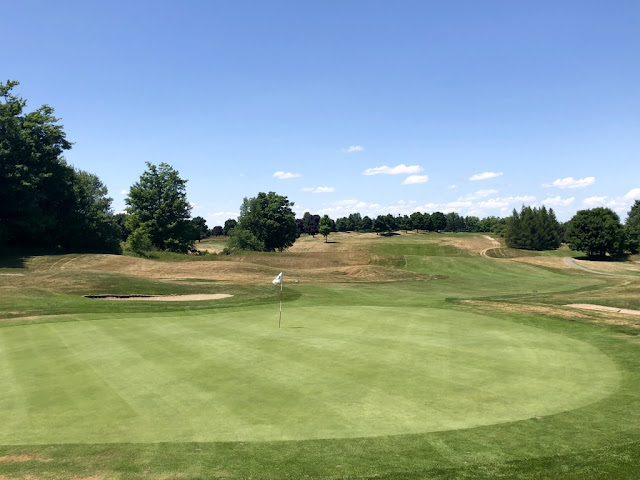 The quality golf continues at the second where we are confronted with an angled green protected short-right and long-left by bunkers.  Perhaps the visual is slightly overdone but nonetheless interest is created. 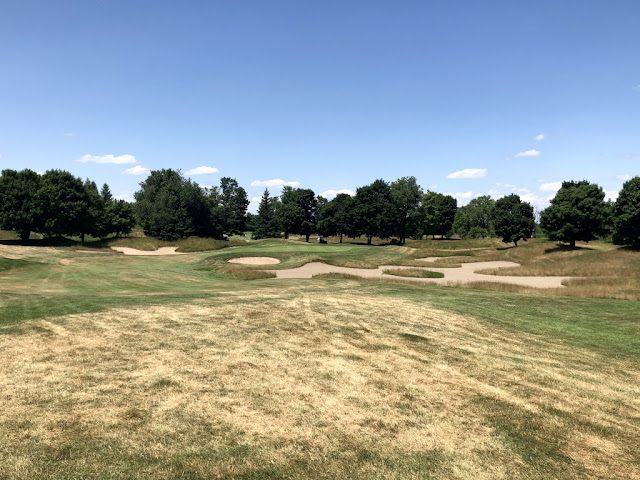 Running parallel, the third and fourth holes are not the most interesting on the course.  The third is a straightaway and long par-4 and we are finally brought back to attention with the pitch to the angled green over deep waste bunker at the par-5 fourth.  Wondering what to make of the course through four holes, seeing the par-3 fifth immediately convinced me Calerin was special.  A very bold choice to place mounding to block the view of the right half of the green creates considerable interest.  While some will view this as too quirky or unfair, this decision convinced me that Carrick was willing to take risks with this 9-hole design. 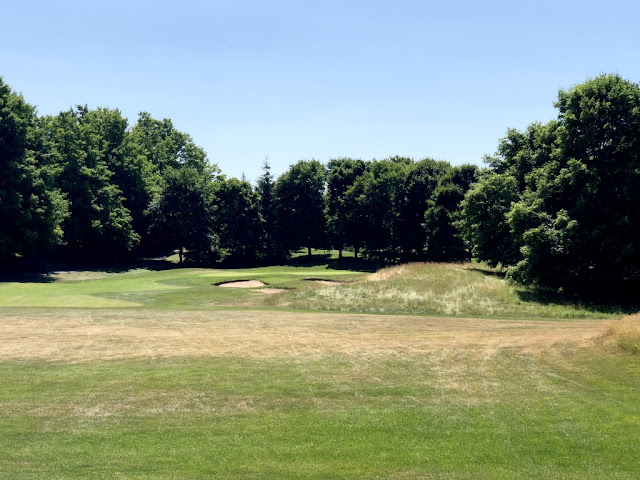 At the par-4 sixth, the green is not in view from the tee but the golfer is given the clear sense that he is meant to play boldly down the right over a fairway bunker.  Upon cresting the hill he sees that precision and aggressive play were a must -- being in the fairway is insufficient as its left side leaves an approach blocked out by trees.  Again, some may view that as unfair, but I think it is a reasonable penalty for playing too cautiously. 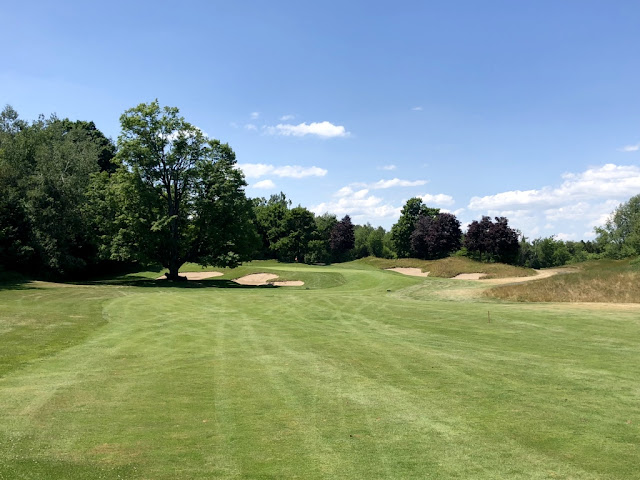 The seventh is a short par-4 that returns us to interesting land, though its quality is in the bottom half of holes at Calerin.  The tee shot is intimidating with a diagonal carry over fescue, and the green is the most severe on the course, two-tiered and pitching sharply from back to front, though I felt there was something left to be desired.  After playing it twice, I think the play too often would be a conservatively played long-iron and wedge to the green. 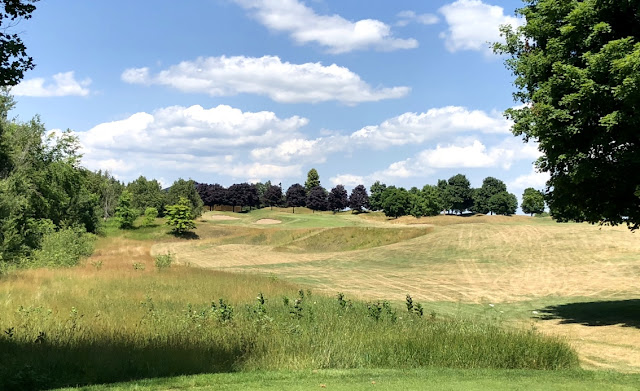 The eighth and ninth are both mid-length par-4s, though with the eighth playing downhill and downwind and ninth playing the opposite, one is likely to have very different clubs into each.  Both holes are uncomplicated and strategically sound, asking the golfer to challenge fairway bunkering from the tee to leave a preferred angle into the green. 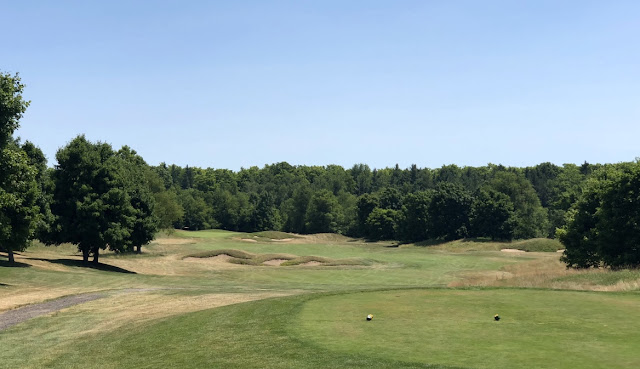 Posted by The Humble Golfer at 8:54 PM